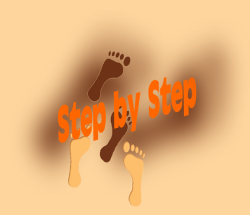 Step by Step to understanding God’s purpose for your life

It is designed to help people know and understand God’s purpose for their lives through a step by step study of God’s word.  Our existence in this world is not an accident.  If we are here just by an accident, then we have no real purpose for living.  Many were taught by so-called science, that an accident happened in the universe,  resulting to creation of simple living things that developed into a more complicated human beings through evolutionary process.  That is what they call as the Big Bang Theory.  Many schools are teaching the evolution theory that all men came from monkeys, that it all happened just by an accident which resulted to the creation of simple things developed through evolutionary process to become complicated.  So a lot of people do not really know why they are here in this world, and they think that it is just by an accident that they happened to exist, and they do not have a main purpose in life.

If two beautifully designed sports cars would collide, their designs will not improve, but rather, both cars will be damaged or destroyed. You would not think that a design will improve by an accident. Do you think that a car would exist without a designer?  Even if you have not seen how cars were manufactured, yet you believe there is a manufacturer and there is a designer.  If someone will say, “The car developed its design by an accident” you would not believe him.  If there is a design, then there is a designer.   Human beings are more complicated than cars. No cars would repair itself when it is damaged.  But when a man is wounded, usually the wound would heal itself if it is not severe. Some people would say, “I do not believe in God, because I have not seen God”.  However, you just look at the creation, then you can believe that there is God. If there is a creation, then there is a creator.  We did not come from monkeys.  We are not in this world by an accident.  God created man for a purpose, to glorify Him (I Cor. 6: 20).  God has a wonderful purpose for our lives.

We are going to study STEP by STEP how to..